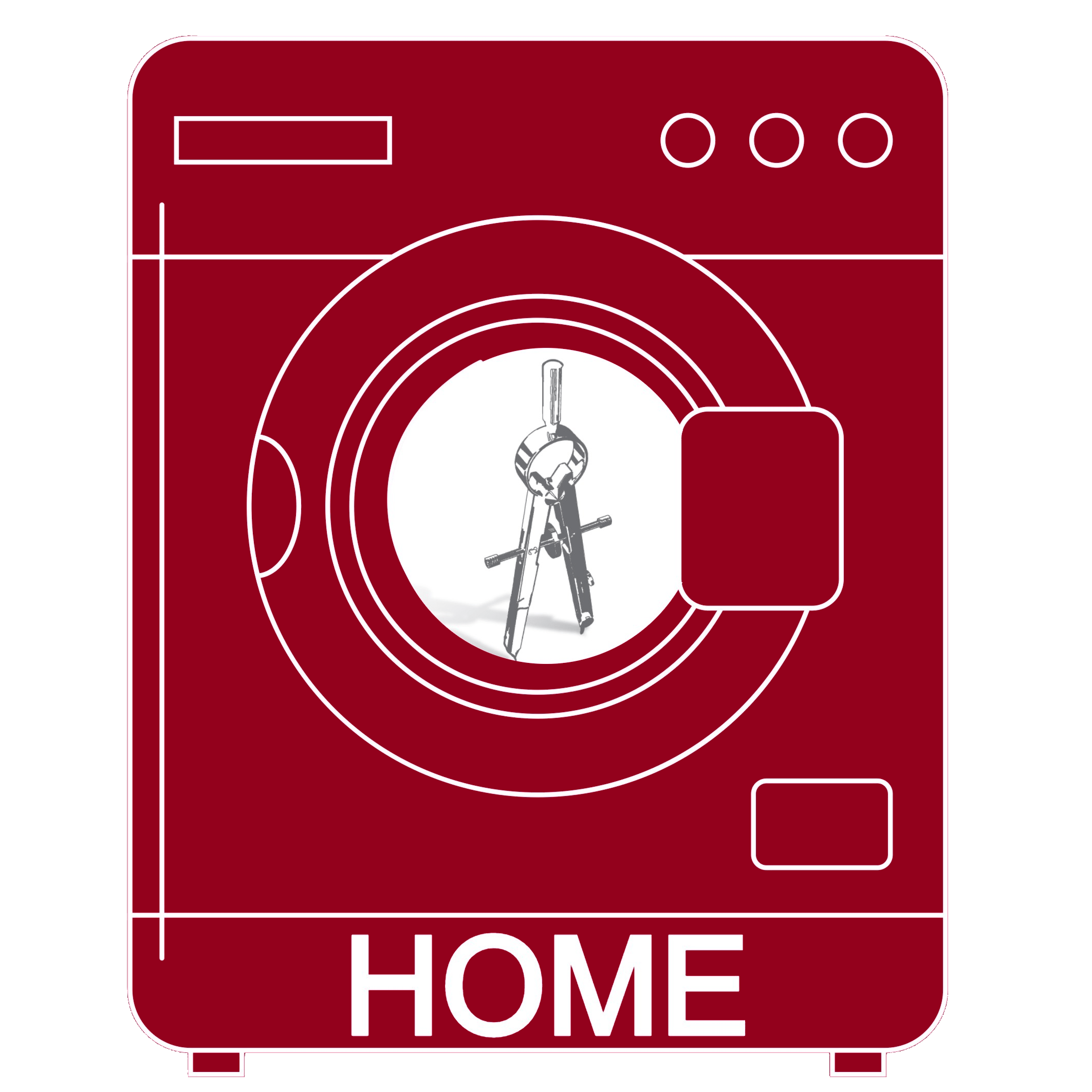 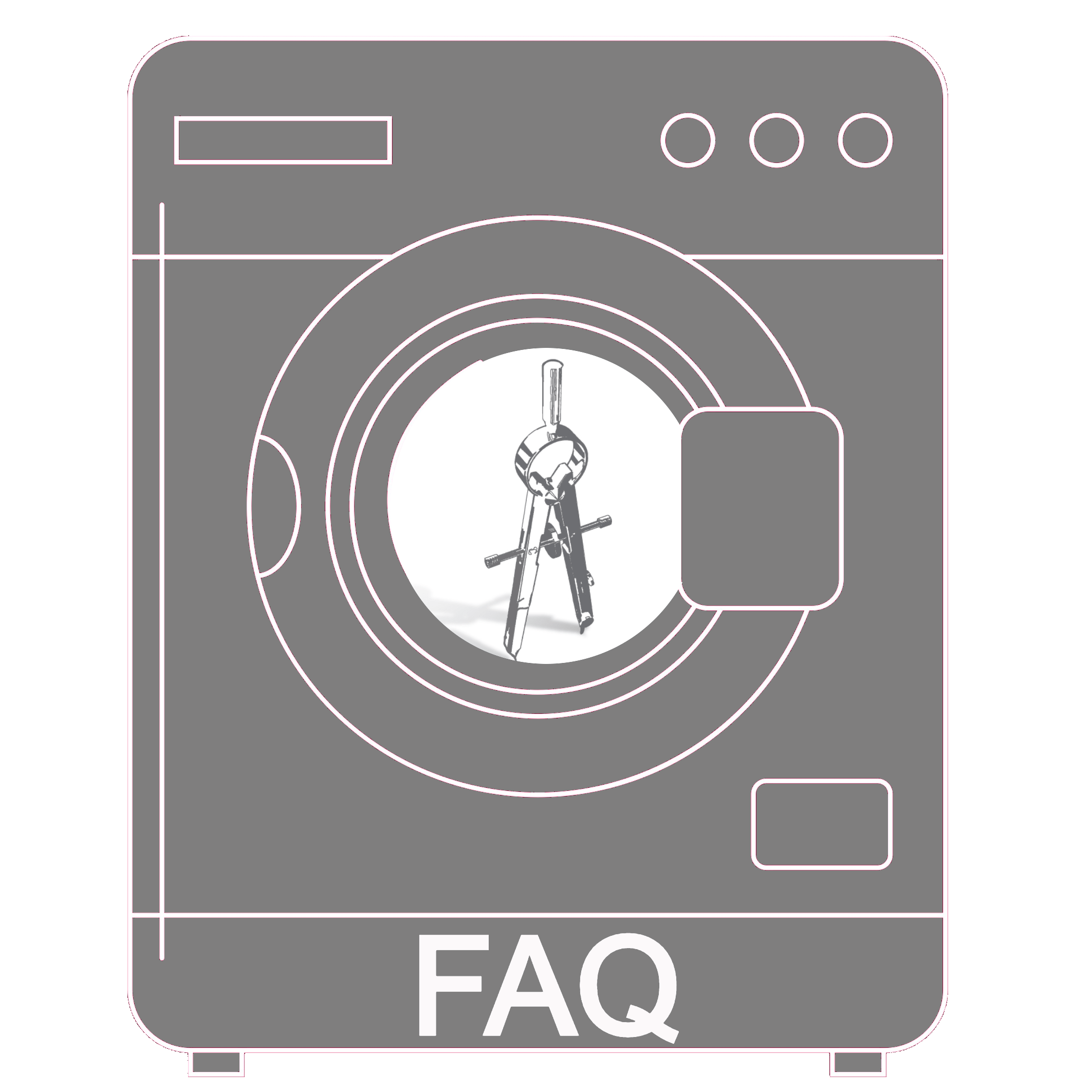 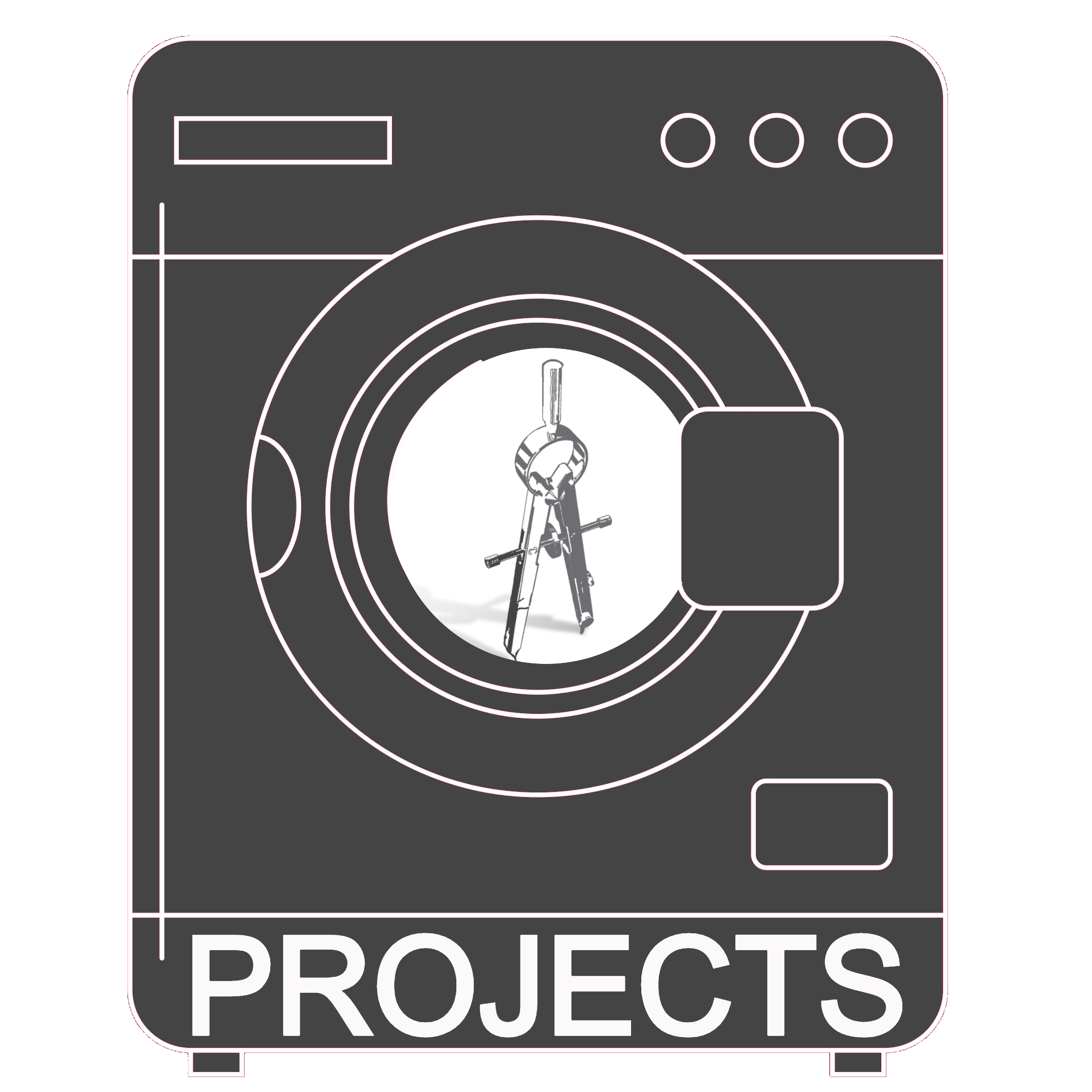 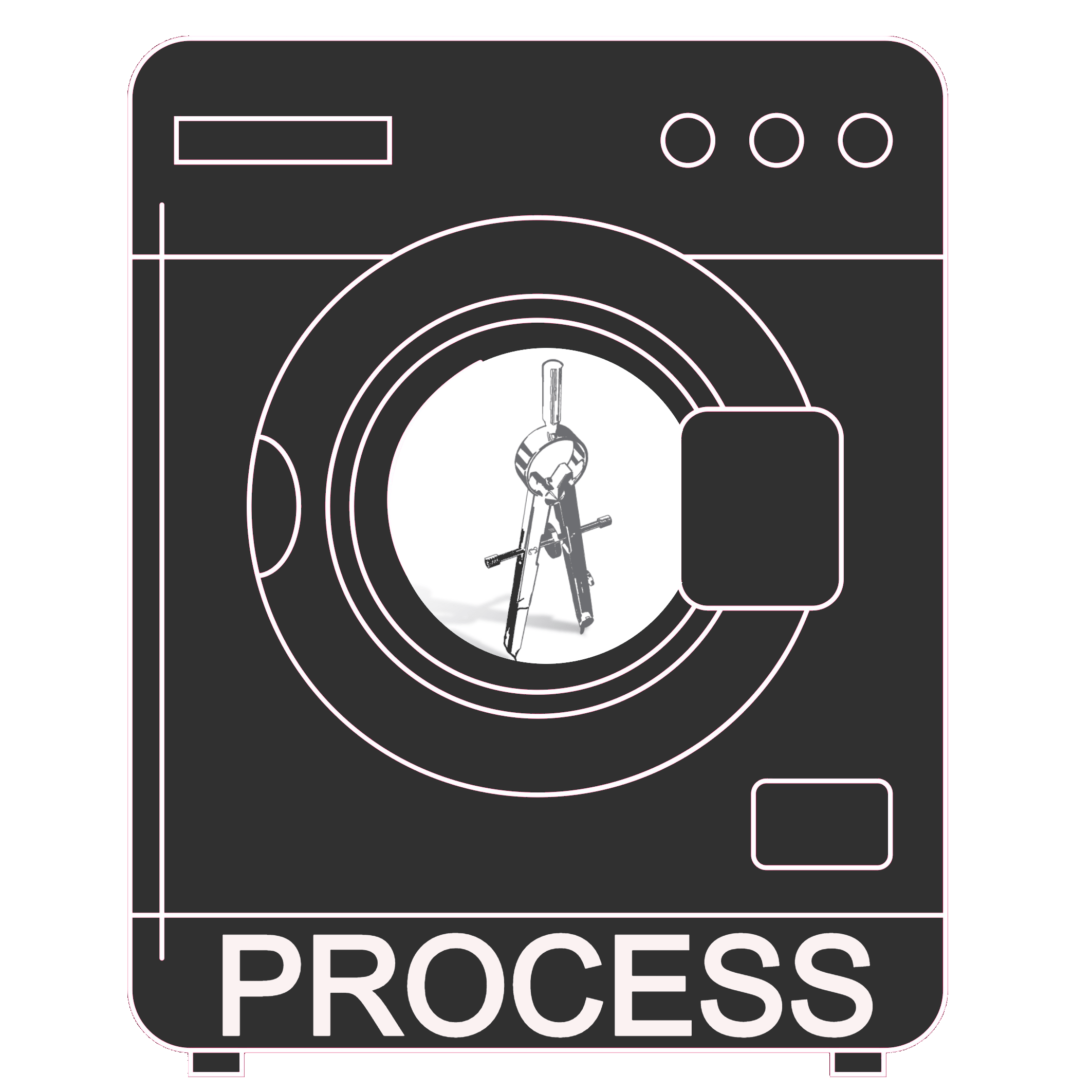 It’s common for neighborhood dry cleaners, those long gone and those that still exist, to have been in business at the same location for decades.  Significant changes in the dry-cleaning industry occurred during their long timelines of operation – in the types of cleaning solvents they used, in the regulations that governed their operations, and in their technology and equipment.  These industry trends greatly affected the potential for environmental contamination at individual dry-cleaning sites and understanding them is crucial for effectively cleaning it up.

Wilcox’s first task when beginning to investigate a dry-cleaner site is piecing together its history so the facility can be properly placed within the context of industry developments that occurred while it operated.  We learn which solvents were used, what regulations governed the storage and management of solvents and wastes, where solvents and wastes were stored, and the types and locations of the dry-cleaning equipment used.  Of course, these things changed over time, so we can’t be content with knowing only the most recent conditions.  Without this fundamental understanding of a site’s history, an investigation can get off to an uncertain start and may be based on a collection of unguided assumptions that can waste time and money.

Tetrachloroethene (aka perchloroethylene, “perc”, or PCE) has been the most commonly used dry-cleaning solvent since the 1950s and is typically the target environmental contaminant for sites with histories spanning that timeframe.  Even as late as 2007, PCE was still used by 70% of all commercial dry cleaners.  A site’s history, however, may suggest that soil and groundwater were also impacted by other solvents that should be part of an initial investigation.  For example, from the late 1920s to the 1950s when PCE use was less common, petroleum-based solvents (e.g., Stoddard solvent) and carbon tetrachloride were widely used in dry cleaning.  Another potential dry-cleaner contaminant is trichloroethene, or TCE, a cousin of PCE.  Beginning perhaps as early as before World War II and continuing to the present, TCE has been the main ingredient in “spotting agents” regularly used by cleaners in small amounts to remove organic stains, especially of oils and grease, on clothing before dry cleaning.

A site’s past typically spans a backdrop of evolving laws and regulations that greatly affected how solvents were used and how wastes were stored and disposed.  Most regulations affecting the dry-cleaning industry were put in place after the Resource Conservation and Recovery Act (RCRA) of 1980 was amended in 1984 to control the generation, transport, treatment, and disposal of hazardous wastes.

Amendments to RCRA in 1984 created higher standards for managing hazardous wastes in the U.S.  Dry cleaners had until September 1986 to notify the U.S. EPA and state environmental agencies that they were, in many cases, “small-quantity” generators of hazardous waste.  Most dry cleaners using PCE began managing their solvent wastes as hazardous at that time.  Prior to the deadline, waste management was largely unregulated, and dry cleaners had little or no obligation, knowledge, or incentive to safely manage their wastes or keep records of their operations.  In anticipation of the RCRA amendments taking effect, many states began developing dry-cleaner inspection programs to enforce their provisions.

This progression established 1986 as the temporal benchmark that defined the pre- and post-regulation periods for dry-cleaning solvents, wastes, and emissions.  As a general rule, the potential for soil and groundwater contamination by dry cleaners before 1986 was significantly greater than after 1986.

Changes in regulations had a direct bearing on the evolution of dry-cleaning equipment.  From the early 1920s to the 1990s, most dry cleaners used “transfer” systems where clothing was moved manually between two or three separate machines, typically a washer, solvent extractor, and a dryer.  As the use of PCE became more widespread, dry cleaners with transfer systems typically had a separate distillation unit or “still” to reclaim spent solvent for reuse.  Solvent distillation was a particularly significant source of environmental contamination.  Distillation required an operator to manually drain spent solvent from the washer or extractor and carry it to the still.  Reclaimed solvent was then manually moved from the still and placed back into the washer reservoir.  Distillation also produced “still bottoms”, a sludgy waste that also required manual handling; it was often discarded with common refuse or sometimes even on the ground.  With its physical handling of clothing, solvent, and wastes, the transfer method typically resulted in significant solvent losses and contamination potential through emissions, spills, drips, and improper disposal.

The progression of new regulations in the 1980s and 1990s significantly influenced advances in dry-cleaning technology and equipment.  After the U.S. EPA proposed the PCE emission standard in 1990, dry cleaners in the U.S. increased the pace at which they replaced their equipment with machines that used less solvent, created less waste, and had lower solvent emissions.  The most important change was moving from transfer to “dry-to-dry” machines, which were first introduced in Europe in 1968.  The EPA’s September 1993 ban on installing transfer-type equipment further accelerated the change and marks 1993 as a possible technology-based benchmark for contamination potential; however, the actual equipment-use history at a dry-cleaning site is more important.  The regulatory and financial incentives in the 1990s, mainly to reduce solvent consumption and the costly disposal of hazardous wastes, suggest the industry-wide change from transfer to dry-to-dry equipment was well underway before the EPA’s July 2008 prohibition on using transfer machines.

With the dry-to-dry method, the entire dry-cleaning process – washing, drying, and solvent extraction, filtering, and distillation – occurs in a continuous, self-contained cycle inside the machine.  Clothing goes in dry and comes out dry without moving “wet” clothing between machines.  Dry-to-dry systems have significantly lower levels of solvent consumption and emissions, which have improved continuously since their introduction.  Since the early to mid-1990s, dry-to-dry machines have also been equipped with systems for delivering solvent directly into the machines by vendors, which avoids separate handling and on-site storage of solvent.

The accelerated changes in dry-cleaning technology that began in the U.S. in the early 1990s greatly reduced the volume of PCE used and, consequently, the potential for environmental impacts over time.  The following information from Kirschner1 and Doherty2 summarizes improvements in dry-cleaning efficiency over time:

It’s clear that knowing the what, when, and where of a dry-cleaner’s equipment are critical to designing an effective, efficient site investigation.  These factors have usually varied over time at each site.  For example, a site’s history can include the transition from transfer to dry-to-dry equipment, and each method may have been used at different locations within a site building.

The timelines for solvent use, regulations, and equipment/technology, especially with respect to the 1986 and 1993 benchmarks noted above, have resulted in a comprehensive set of forensic lines of evidence that Wilcox considers when designing and launching investigations of dry-cleaner sites.  Investigation design considers not only past industry trends but also the histories of solvent and equipment use and waste management at individual sites.  Other lines of evidence Wilcox employs to plan investigations are the physical and geological setting, historical site maps and aerial images, the types and locations of underground utilities, the history and characteristics of on-site buildings that housed the dry-cleaning operation, the compounds produced as by-products when solvents degrade in the environment, and the findings of preliminary site inspections.

This article has focused primarily on dry cleaners, but these same principles also apply to industrial users of chlorinated solvents.  They are critical for designing investigations, interpreting data, identifying and characterizing potential source areas of contamination, and ultimately cleaning up sites.

Please contact Dr. King or Scott Stoldt at (317) 472-0999 if you would like to learn more about Wilcox and its approach to investigating and remediating dry-cleaner and other chlorinated solvent sites.

Dr. King joined Wilcox in 2010 as the Technical Director of the Investigation and Remediation Services Division and was promoted to VP of Operations in 2013, President in 2017, and currently serves in the role of Senior Consultant.

Dr. King holds degrees in geology and hydrogeology from Wittenberg University, the University of Toledo, and Indiana University Bloomington and has been an environmental consultant for more than 35 years. During that time, he has held leadership positions in a number of professional organizations and developed wide-ranging expertise in soil and groundwater investigations and remediation, groundwater flow and transport modeling, statistical analyses of groundwater quality data, health-based risk assessments, and vapor intrusion assessments and mitigation. Dr. King is also frequently engaged as an expert in legal environmental matters involving chlorinated solvents. 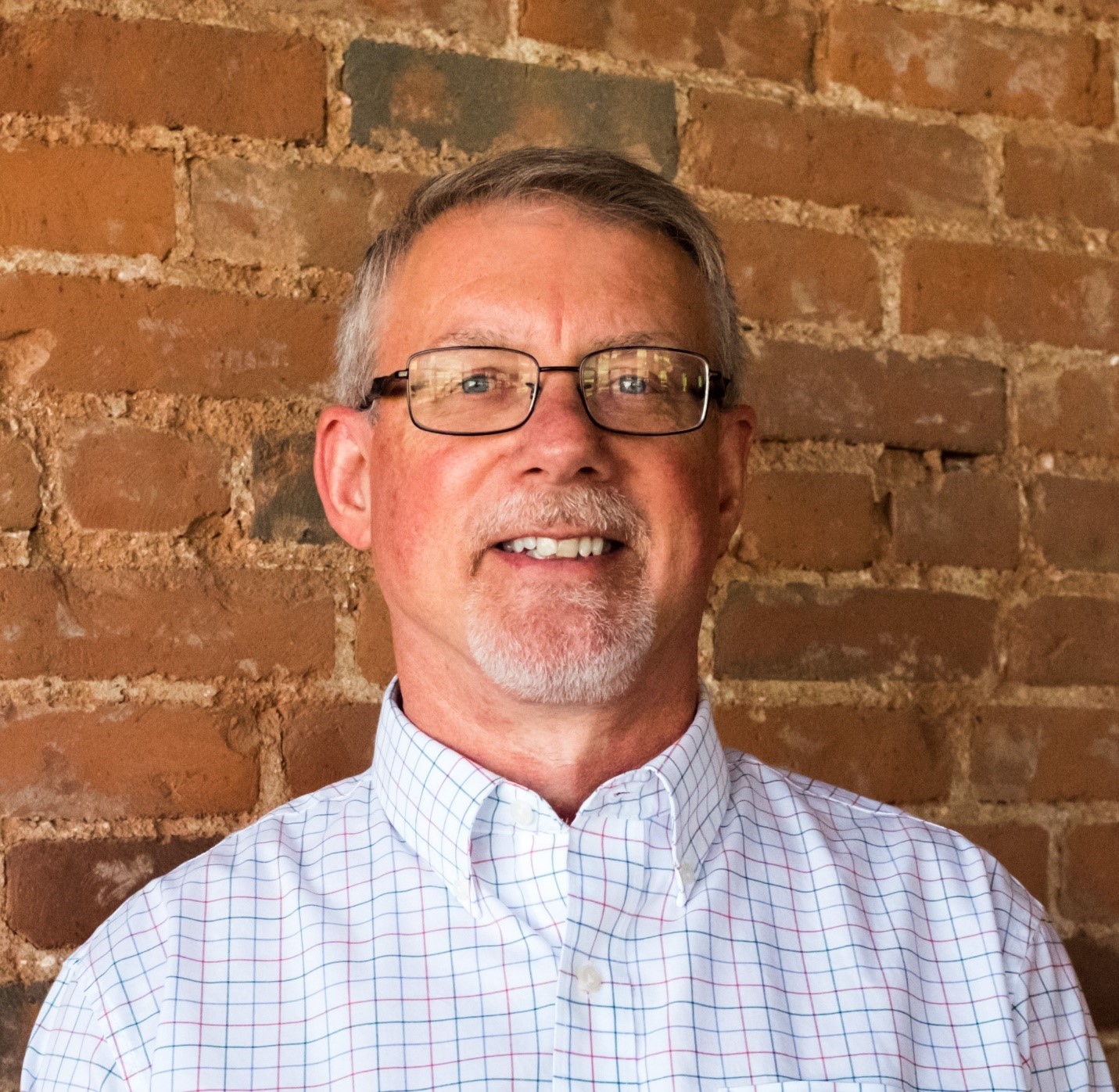